Multan Sultans stepped into the history of the Pakistan Super League (PSL) in 2018. Being  3 years old, the side will be playing its fourth edition as the PSL 6 is just a few days ahead.

Written below are the achievements by Sultans till the time they have evolved. It includes their majestic to horrible accomplishments.

PSL: Here are the shocking accomplishments by Multan Sultans

The sea-green-bluish army has been starred in a total of 32 matches yet. Being younger than the other five teams, the side remains behind with just thirty-two matches featured.

Out of 32, Sultans have conquered 13 matches. They are still to show their performances and have not won the final yet. PSL 2020 went successful for them but they got eliminated in the playoffs despite staying on the top-notch spot on the table.

Winning 13 out of 32, the defeated matches make 16 for the MS. They will be looking ahead for a triumph season.

The total winning percentage contributes 45.31. It is an average one and cannot be termed as ‘pathetic’.

A total of 4166 runs have been scored alone by the players of Multan Sultans.

The most runs in their army have been scored by Shoaib Malik 490, whereas, Shan Masood and James Vince are the next two respectively in the list. 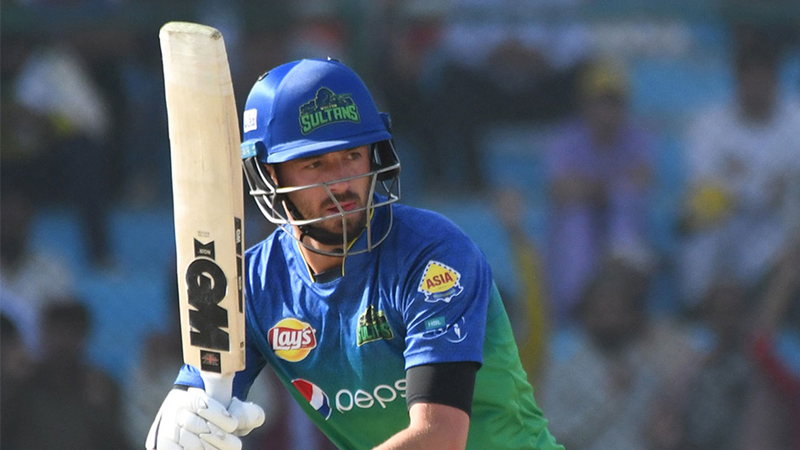 Rilee Rossouw 100* off 44 vs Gladiators, 2020. He remains the highest scorer from MS and the only player to smash a hundred that came against Sarfaraz-led Gladiators in 2020.

Rossouw remains the only player to have the only hundred for MS. He could not surpass 100, as the game terminated for Sultans.

MS’s fifties contribute 19 in the total fifties smashed by the players of the six PSL franchises.

There is a tie between Shoaib Malik and Kumar Sangakkara as both of them have smashed 3 fifties for Sultans.

Kumar Sangakkara has faced most dismissals for the teams.

A total of 168 wickets have been taken by the Sultans’ bowlers.

Most wickets in the three seasons played yet belongs to Imran Tahir as he has sent batsmen back to the pavilion 24 times.

Sohail Tanvir follows him next in the list with 21 wickets.

None of the bowlers other than Umar Gul have a five-wicket haul for MS – outstanding pacer has announced his retirement recently from international cricket.

Sohail Tanvir has contributed to the dour-wicket haul for MS.

Umar Gul 6/24 vs Gladiators,2018 – this defines the best bowling figure as he turned his five wickets to the six.

200/6 is the highest run score by Multan Sultans against Qalandars that came in Sharjah, 2019.

113/10 vs United at Dubai, 2018 is the lowest total by the team that came up in the inaugural edition of Sultans.

154/6 vs Zalmi at National Stadium Karachi, 2020 – it shows their lowest total they defended against Zalmi in the recently held season.

The Defending Champions have started training for

For her outstanding performance in 2021, Fatima Sa

#WhoAmI? I hold the record for most wickets taken

The Defending Champions have started training for PSL 7 🔥

Can Multan Sultans do what Noone else has done?

Jason Roy wants Quetta Gladiators to rise back to the top 🔥

Can Roy help Quetta Gladiators finally qualify for the playoffs this year?