The day-night final between Khyber Pakhtunkhwa and Northern began on 25th December to claim the Quaid-e-Azam Trophy 2021. KP batted first and delivered an exceptional performance putting up 374 runs on the board. Iftikhar Ahmed smashed a hundred in the all important final on the first day and played a real captain’s innings. He was supported by Kamran Ghulam who scored 72 and afterwards Asif Afridi’s onslaught of 68 runs put Khyber Pakhtunkhwa in a commanding position. Mubasir Khan picked up 4 wickets for Northern in the first innings while Waqas Ahmed picked 3.

Northern began their first innings in a great fashion. All their top 3 batsmen, Muhammad Huraira, Haider Ali and Sarmad Bhatti scored half centuries. However none of them could convert it into centuries. After the top 3, the next 8 batsmen disappointed largely as three of them got out without scoring while only 2 of them could enter the double figures. Northern were bundled out for just 256. Khyber Pakhtunkhwa had a lead of 118 runs already. The third day of the final was washed out due to rain.

Meanwhile Khyber Pakhtunkhwa batted with an aggressive intent in their second innings to be in a commanding position once again. Fakhar Zaman smashed 50(53) to stretch the lead for KP. Northern kept picking timely wickets to restrict Khyber Pakhtunkhwa to 69/4 in the 2nd innings. However when Iftikhar Ahmed walked in to bat, he played 116 balls scoring just 26 runs. From the other end, wicket keeper batsman Rehan Afridi kept the scorecard ticking and scored 79(110). After Iftikhar Ahmed and Rehan were dismissed, Sajid Khan played a lovely hand of 39(48) to further stretch the lead and Khyber Pakhtunkhwa got out for 265 in their second innings, setting a target of 384 for Northern. Mohammad Nawaz led the bowling attack of Northern with 4 wickets while Muhammad Musa picked 3 important wickets as well.

Chasing 384 on the final day, Northern began aggressively. Muhammad Huraira scored 57(49) before Iftikhar Ahmed took his wicket. This half century made Muhammad Huraira the highest run getter of Quaid-e-Azam Trophy 2021. Afterwards, Haider Ali, Umar Amin and Mohammad Nawaz, all got starts but couldn’t stay at the crease for long. Northern just kept on losing wickets at regular intervals, courtesy of some brilliant bowling by Khyber Pakhtunkhwa. Northern fell short of 170 runs in the all important final. Sajid Khan picked fifer in the second innings and took 9 wickets in the entire game. This was Khyber Pakhtunkhwa’s second domestic title win, they won National T20 Cup earlier.

Player of the match: Iftikhar Ahmed

Player of the tournament: Mubasir Khan 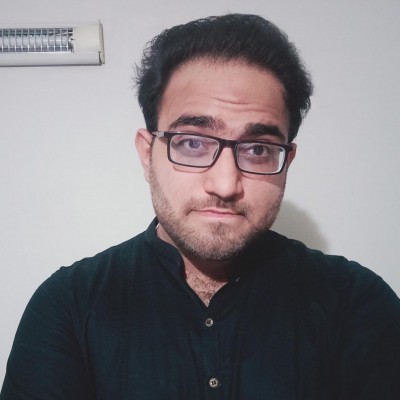 Aarish Ali Khan has been added in Peshawar Zalmi s

3 Pakistanis named in the ICC men's T20I Team of t

The Kings are playing an intra-squad scenario base

Mohammad Hafeez stated that he has learnt that dur

Over 2000 wickets have fallen in PSL history, and

Mohammad Hasnain will be giving his bowling action

Sarfaraz Ahmed is one my favorite captain,He has a

𝐏𝐚𝐤𝐢𝐬𝐭𝐚𝐧 is the only side

Haseebullah's 135 with the bat and Awais Ali 6 for

What do you think was the main reason behind India's defeat? 🤔

8000 spectators will be allowed in National Stadium Karachi 🏟️